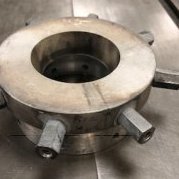 By Metallic, October 3, 2019 in Industrial Forum